“I’m the one who gripped you tight and raised you from Perdition.”

“Lucifer, you’re my brother and I love you. But you are a great, big bag of dicks.”

On November 2, 1983, Mary Winchester was murdered in the nursery of her younger son. Her husband’s grief drove him to raise their two sons on the run as he searched for her killer, taking odd jobs or stealing to survive. In the process, he turned them into what she had once been and had wanted to avoid for her children.

Hunters of the things that  go bump in the night.

Dean Winchester – the older brother. His life is mandated by one order from his father on the night of his mother’s death. “Look after your brother.” 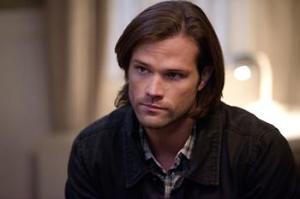 Sam Winchester – the younger brother. He left to lead the life his mother always wanted for him. Only to get drug back into the one his father left him.

Castiel – an angel of the Lord who existence has become bound to that of the Winchesters. To the point where he rebelled against Heaven and briefly took over God’s job. 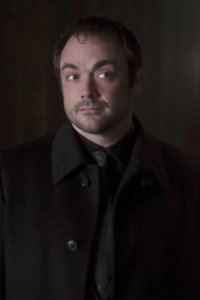 Crowley – former crossroads demon, now King of Hell. Begrudging respect for the Winchesters, but he rather that he’s the one to finally kill them.

Baby – Dean’s pride and joy. Can take as much of a beating as her owner and comes back for more.

Vampires, werewolves, urban legends, and ghosts are like a vacation for Dean and Sam. Especially when you’re on the hit list for any number of demons, angels, and gods.

They’ve been to both Heaven and Hell. Back and forth in time. Died and come back to life. More than once in most cases.

And because they’re brothers, their worse battles have sometimes been with each other. But in the end, they got each other’s back against everything else.

Supernatural is not for those adverse to ‘the feels’. It will rip your heart out many times if you let it.

It also is a riot at times, with whole episodes that make you wonder what exactly the writers were thinking (or smoking).

Any situation or picture you can find, there will be a Supernatural gif for it.

It is one of the leading fandoms on Tumblr, both by itself and as part of SuperWhoLock (the superfandom with Doctor Who and Sherlock).

It’s not every fandom whose members discuss which death of the main characters hurt the most, or who bemoan the death of Lucifer. And of Death.

Supernatural is quite it’s own creature and has to be experienced to be believed.

4 thoughts on ““You know, the Family business.””